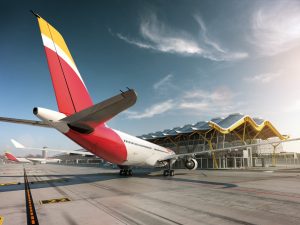 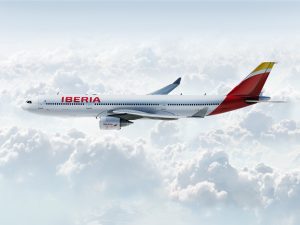 Iberia is an international airline which for eight decades has acted as an ambassador for the culture and values of Spain at all its flight destinations. Its has three main business activities: passenger and cargo transport; aircraft maintenance for its own fleet and for almost one hundred other companies,including the major European airlines;and aircraft and passenger handling at the majority of Spanish airports,working for over 270 airlines.

Over 700 million people have flown with Iberia since it was founded. These customers have helped to make the airline the leading company in Spain and between Europe and Latin America,offering more flight destinations and frequencies than any other airline. It is the only European network airline which has reported profits for eleven consecutive years. Furthermore, Iberia is distinguished by its service to society, and it is one of the only three airlines rated on the worldwide Dow Jones Stoxx Index, which acknowledges best economic, social and environmental practices.

The company is also one of the founding members of oneworld,the airline alliance around the globe,which together serves some 700 destinations, and offers the best connections. The Iberia Group currently flies to over one hundred destinations, plus nearly another 90 destinations in more than 30 countries under code-sharing arrangements with other airlines.