Friends of the Spain Brand and of Spanish brands in Japan

With the aim of strengthening economic and trade relations between Spain and Japan and reinforcing the bonds of friendship between the two countries, the Leading Brands of Spain Forum and the High Commissioner for the Spain Brand awarded on 29 September a public recognition to the Friends of the Spain Brand and Spanish Brands in Japan, who are Japanese personalities that stand out for their support and links to Spain or its brands. The event, held in the Cervantes Institute of Tokyo within the framework of the ‘Spain-Japan Dual Year 2013-2014’, was presided by the Spanish Ambassador in Japan, Miguel Ángel Navarro, accompanied by the High Commissioner for the Spain Brand, Carlos Espinosa de los Monteros, and the Vice-Chairman of the Leading Brands of Spain Forum, Antonio Abril. All those accredited received a statuette designed by the firm Lladró. Rosa Lladró, president of Lladró, was responsible for presenting the awards. 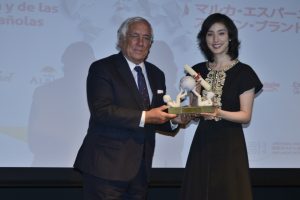 Prestigious Japanese actress who has supported the dissemination of knowledge of Spain and its image in Japan through a hit television series.

She was in charge of giving a speech on behalf of the ‘Friends of the Spain Brand and Spanish Brands in Japan’ in the ceremony. 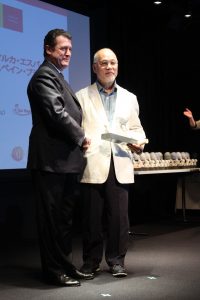 Japanese writer whose work has always been closely linked to Spain. Through his novels, many located in Spanish settings, he brings the Japanese public closer to Spain and arouses interest in many Japanese and a desire to visit the country. 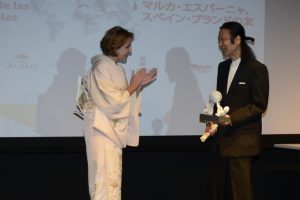 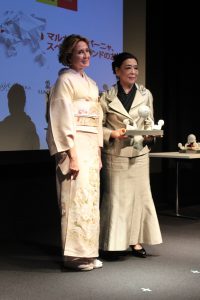 Yoko Komatsubara is a female Flamenco dancer, a pioneer of flamenco in Japan, and Shoji Kojima was the first male Japanese Flamenco dancer to reach the highest professional level. Both have lived in Spain and have brought the flamenco and Spanish culture to Japan. 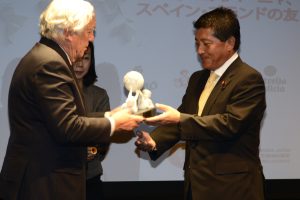 Member of the Liberal Democratic Party that actively participates in the activities of the Japan-Spain Parliamentary Friendship League, of which he has been an executive for several years.  He also owns the Marugame Museum which has a collection of first-class modern Spanish art. 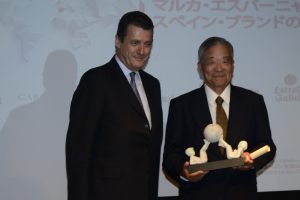 Major leisure group that built a theme park on Spain that attracts hundreds of thousands of Japanese per year. The park includes hotels and a spa. 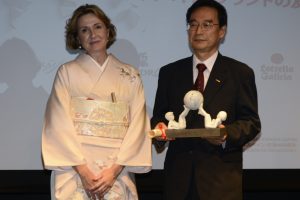 Japanese car manufacturer. It is among the leading automotive companies in terms of annual production of vehicles. It is Japan’s largest industrial investment in Spain, its presence dates back to 1980.

Friends of the Spain brand 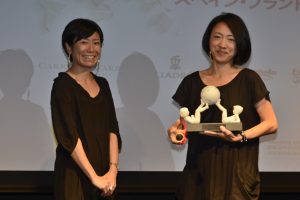 Public Relations and editor specialising in fashion, luxury goods and jewellery. With extensive experience in communication, she is the person who handles public relations for the Carrera y Carrera brand in Japan.

Friend of the brand Estrella Galicia 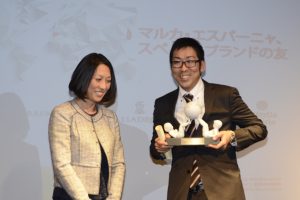 Prestigious chef from the third generation of owners of the restaurant Tsukiji Tamura. Besides being the head of the kitchen, he has published several books, taught at several culinary schools and also appeared on numerous cooking shows on television.

Friend of the brand Félix Solís 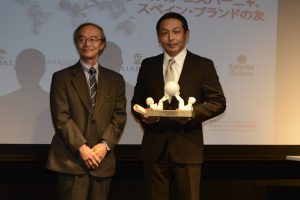 Beer and soft drink company based in Tokyo. It dominates the Japanese beer market.

Friend of the Leading Brands of Spain Forum 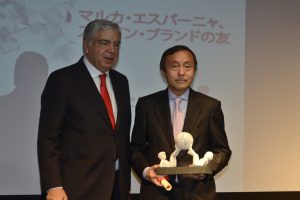 Dean and Professor of Business Strategy at the International University of Japan and a member of the faculty of the Strategic Management Department at IESE business school.  He has extensive experience in the field of world trade and business management and his current research focuses primarily on the Spanish banking sector.

Friend of the brand Freixenet 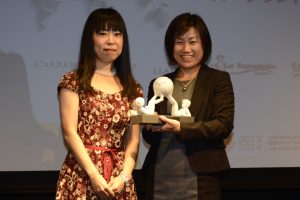 Japanese brewery and distillery founded in 1899. It is one of the oldest alcoholic beverage distribution companies in existence. Over the years the company has diversified and now it also sells wines, soft drinks and food.

Friend of the brand La Española

Company that distributes La Española brand in Japan, which in turn belongs to the NAKASHIMATO group, a company that introduces high quality culinary products from around the world into the Japanese market.

Friend of the brand Lladró

President of SBI Life Living Co., Ltd., a company which works following the philosophy of “creating new values ​​in lifestyle.”  Between June 2009 and June 2014, after being director of ‘SBI Children’s Hope Foundation’, she was working on the launch of the ‘New Horizon’ project, which aims to provide education on the prevention of child abuse and children’s mental healthcare, an initiative that is supported by Lladró.