On 3rd December 2015 the Leading Brands of Spain Forum (FMRE), together with the Office of the High Commissioner for the Spain Brand, organised a ceremony to publicly recognise the ‘Friends of the Spain Brand and Spanish Brands in Hong Kong’ at a gala dinner commemorating the 25th anniversary of the Spanish Chamber of Commerce in Hong Kong.

The ceremony was attended by over 200 people, including prominent representatives from the business, diplomatic, academic and institutional sectors, in both Hong Kong and Spain, along with around twenty accredited journalists.

The event was chaired by the Spanish Government’s High Commissioner for the Spain Brand, Carlos Espinosa de los Monteros; the Spanish Consul in Hong Kong, Santiago Martínez Caro; the president of the Spanish Chamber of Commerce in Hong Kong, José Martino, and the managing director of the Leading Brands of Spain Forum, Miguel Otero.

Friends of the Spain Brand

Airline that recently announced the opening of the first direct link between Hong Kong and Spain. 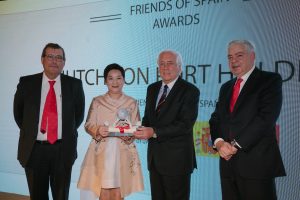 A company that has made significant investments in Spain and particularly in the port of Barcelona. 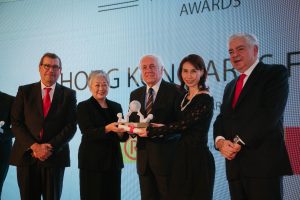 These people have clearly focused on Spanish art and culture, affording it great prominence in Hong Kong year after year.

A highly renowned Hispanic scholar who has contributed to the dissemination and better understanding of Spanish culture in Hong Kong.

Hong Kong’s telecommunications giant, which has made a clear commitment over the past few years to the technology being developed by Spanish companies, thereby facilitating their expansion throughout Asia.

Friends of the Spain brand

Friend of the Meliá brand

For its support in gaining recognition for the brand among Asian tourists.

Friend of the Cosentino brand

For its key role in developing its brands on the Asian continent.

Friend of the Lladró brand

For being a prestigious art collector who has supported the brand for years in Hong Kong.

Friend of the Estrella Galicia brand

For distributing its water and beer brands for many years, enabling the company to penetrate and expand in this market. 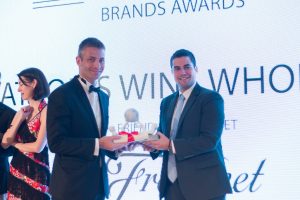 Friend of the Freixenet brand

This is one of the main distributors of wine in Hong Kong and has played a key role in the growth of Freixenet in the region.

Friend of the Alimentaria brand 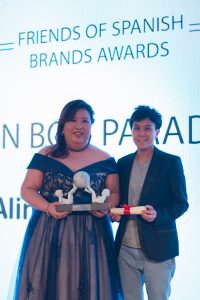 or its commitment to Spanish cuisine and its constant backing of this institution.

Friend of the Leading Brands of Spain Forum 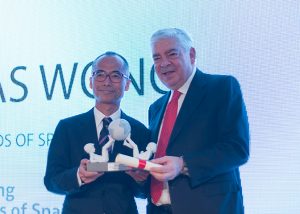 A highly renowned public figure in Hong Kong who has spent years building bridges between the two countries and who played a key role in getting this event to be staged in Hong Kong.

Friend of the Spanish Chamber of Commerce in Hong Kong 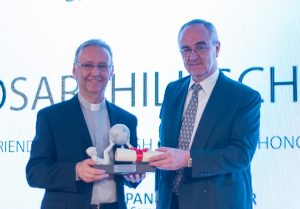 One of the institutions that has invested the most time enhancing the prestige of the Spain Brand in Hong Kong in its respective fields.