Friends of the Spain Brand and of Spanish brands in Dubai

On April 13, The Forum of Brands and the Office of the Government High Commissioner for the Spain Brand attended a gala dinner held by the Spanish Business Council (SBC) in Dubai, to publicly acknowledge the Friends of the Spain Brand and of Spanish Brands in the United Arab Emirates (UAE). The event, which counted on the support and involvement of the Embassy of Spain in the UAE, was attended by about 200 people, amongst them representatives of Spanish companies established in the region and Emirati guests, who enjoyed a menu designed by the Spanish chef, Quique Dacosta. 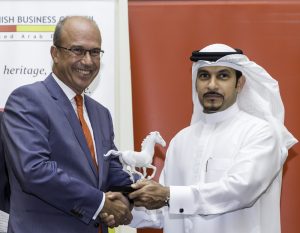 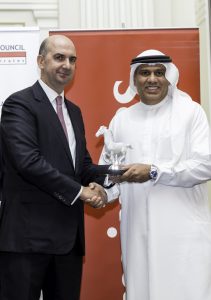 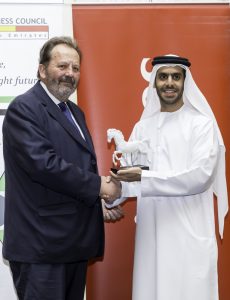 In whose place the award was collected by Mohamed Abdul Latif Kanoo, owner of the Kanoo Group 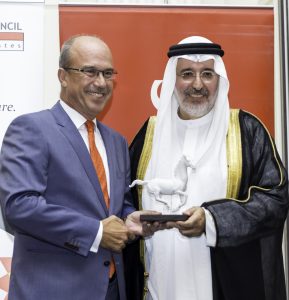 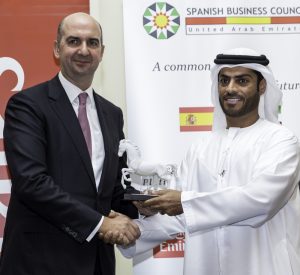 Ricardo Fisas, Vice President of the cosmetics firm, presented the award to Mohammad Al Hashmi, head of the Department of Employment of ESMA. 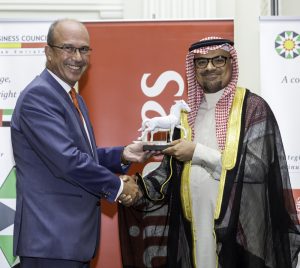 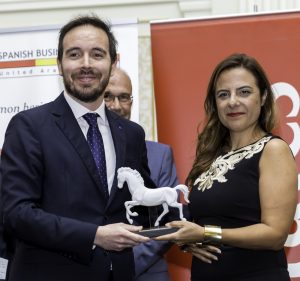 The award was bestowed on the firm Chalhoub Inc. Pavlina Sochou, Operations Manager of the Luxury Gifts division collected the award, on behalf of Chalhoub, from the hands of Pablo Lopez, deputy Director General of Forum Brands.