Digital Spain: Between Optimism and Pessimism 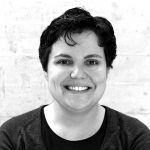 In recent years, we have observed a growing interest in the digitalization of the economy. What was once an isolated phenomenon has become widespread and now affects every sector. It should become, if it is not already, a priority on the agendas of corporations and institutions.

In the reports comparing the position of different countries in terms of digitalization, we find Spain in an intermediate place. For example, we are 14th on the Digital Economy and Society Index (DESI) 2017, which compares the 28 EU countries, an improvement from DESI 2016. On the NRI (Networked Readiness Index), published by the World Economic Forum (WEF), we are ranked 35th out of 139. Before assuming this is a good result, we should keep in mind that this comparison includes the vast majority of the countries in the world, that is, economies far less developed than ours.

Based on the indicators in these and other reports, we have good news and bad news.

The quality of our education system is not a new topic of discussion. Spain ranks 84th out of 151 countries on the quality of basic education in mathematics and science, according to data from the WEF. We must improve in these subjects, keeping in mind that these are key areas for the development of Information and Communication Technology (ICT) professions related to software development and data analysis.

Education impacts our ability to generate digital professionals for the future. In fact, today, only 2.4% of all Spanish workers are ICT specialists, far behind countries such as Finland or Sweden, where more than 6% of employees are linked to technology professions. It seems reasonable to assume this may have a negative impact on the required digital transformation of the Spanish economy.

Investments in R&D have fallen every year in relation to GDP for six years now. According to data from COTEC, although spending went up in absolute terms, it did not rise in relation to GDP growth in 2016. Spain is dropping in Europe and already behind countries like Estonia, Slovenia, Hungary and Portugal in R&D. As for the distribution, public investments in research are down, and although companies are increasing their investments, we are well below the European average.

In addition, we are light years behind the major European hubs in technology investments. According to data from dealroom.co, the UK leads the ranking with 5.4 billion dollars invested in 2017, France and Germany spent over 2 billion dollars, and Spain (fourth) invested less than 1 billion dollars. The good news is that Spain’s total investment between 2012 and 2016 was just around double the capital invested in 2017 alone, so growth is well above-average and opens a window of hope.

That said, in terms of deep tech investments (AI, IoT, Blockchain, SaaS, VR…), we fall from fourth to ninth place on the ranking, surpassed by countries such as the Netherlands, Finland and Ireland, which have much lower GDPs than Spain. This data comes from the 2017 report The State of European Tech, prepared annually by the investment fund Atomico.

Finally, looking at the Public Administration’s role as a consumer, public procurement of innovation is also lagging. We rank 85th out of 151 countries, according to the NRI. Although the recently amended public procurement law reduces the technical solvency necessary for newly formed companies to participate in the tender process, the regulatory changes are not enough to foster a real procurement of innovation, which would allow public entities to identify and choose novel solutions. This would make public services more efficient, and at the same time, support investments in research, development and innovation at Spanish SMEs.

…although we also have reasons to be optimistic

One of them is the dynamism of the entrepreneurial ecosystem. Spain is the fourth country in Europe for the number of technology-oriented meetups, and Madrid and Barcelona are fifth and sixth on the ranking of cities with the most tech meetups, according to data from the platform itself. But they are not the only Spanish cities that appear on the ranking, so do Valencia and Seville. The ecosystem’s decentralized nature also translates into the appearance of Valencia, for the first time, on the European Digital City Index by Nesta, consolidating its identity as Spain’s thriving third ecosystem.

Another interesting aspect of our country is the acceptance of technology and digital consumption, as revealed by some indicators. Spain is Europe’s fourth market for ecommerce, as shown by the 2017 European Ecommerce Report, second only to the United Kingdom, Germany and France. In addition, according to a  PwC report, in 2015, Spain was the European country with the strongest awareness and adoption of collaborative economy platforms. 81% of Spaniards have a smartphone, according to a study by Kantar TNS, and 54% of the population has at least one social media account, according to We are social data.

Last but not least, Spain can boast of being a true power in terms of digital public services and open data.

Spain is number two in Europe for open data maturity. According to the European Data Portal, only Ireland is ahead of us. The Spanish portal for open public data (https://datos.gob.es/) already has more than 16,000 datasets, and there are multiple regional and local initiatives to make public data more openly available.

Similarly, we are the world’s seventh country for e-Participation, that is, citizens engaging with the government by electronic means. This is reflected in the World Bank data comparing 193 countries whose citizens use these means to access information and participate in the decision-making of public entities. In addition, Spanish institutions rank among the top 20 on the eGoverment index.

Based on this information, some readers will think Spain is making adequate progress, while others will focus on the very diverse areas that need improvement. Whatever your perspective, there is an undeniable reality: our country is coming up short in key areas, such as research and investments in technology and the training of ICT professionals, and this impacts both the present and future. There is no time to waste. We must take measures to correct these indicators if we want to position our country at the forefront of global digitalization.

0
The awards ceremony for the “Friends of the Spain Brand” and the “Friends of Spanish Brands” in France was held on the evening of December 12 at the InterContinental Hotel in Paris-Opera. The awards were presented during the annual Gala Dinner of the Official Spanish Chamber of Commerce in France (COCEF). Participants in the event […]
Leer más »
Como la mayoría de webs usamos cookies. Si continúas navegando entendemos que estás de acuerdo. Aceptar
Puedes encontrar más información sobre las cookies aquí.
Privacy & Cookies Policy